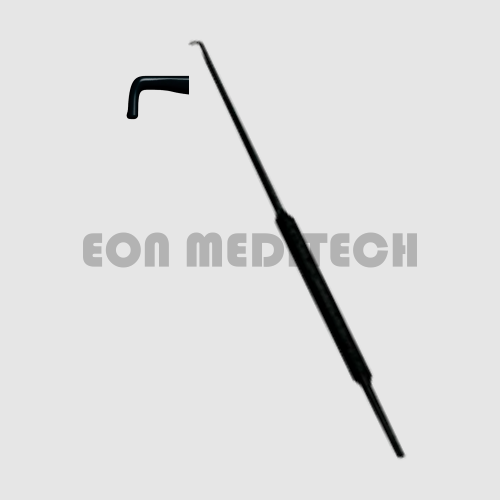 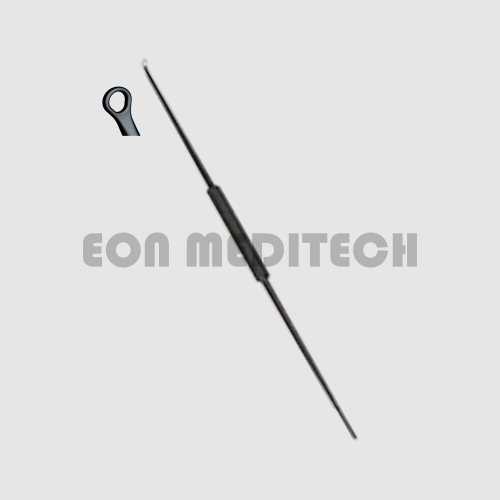 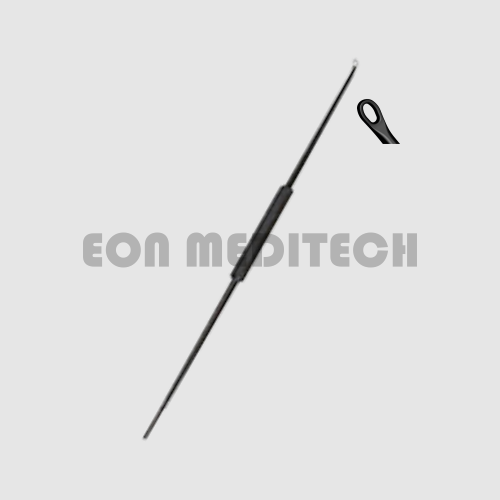 • Both of these Ear Curettes are commonly used OPD instruments and are also called the wax hook or ring curette. One end of the probe is shaped like a ring or hook. This end may be used to hook out wax or foreign bodies from the ear canal. The other end of the instrument is sharp and serrated. An ear wick can be fashioned out of this end by rolling cotton on to it and used to mop ear discharge.

• Allow gentle and easy extraction of wax from the ear canal rather than pushing it deeper inside.
• Single use probe designed for wax removal and cotton application.
• Removal of foreign body from the ear.
• Removal of otomycotic debris or discharge from the external auditory canal.
• Probing of aural polyp or other mass in the ear canal.
• Probing of nasal masses and checking their sensitivity to touch.
• Jobson Horne probe having 2 varities of hook-Round & Oval.